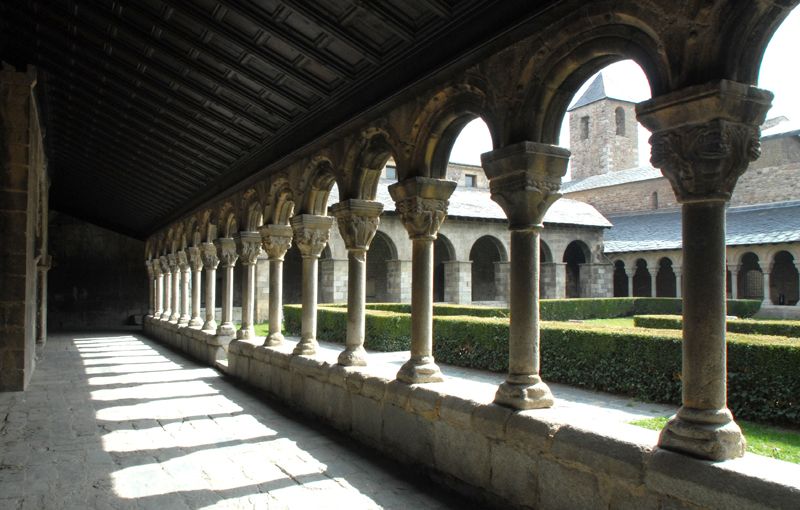 La Seu d'Urgell is a town of around 12,000 inhabitants which is located in the heart of the Catalan Pyrenees. It is the capital of L'Alt Urgell, the seat of the Bishopric of Urgell, and – back in the Middle Ages – had been the most important settlement in the territory controlled by the Counts of Urgell. Its most outstanding tourist attractions are its cathedral, which is the only Romanesque-style cathedral in Catalonia, and the El Segre Olympic Park, which was used for water sports in the Barcelona Olympic Games. The town stands at the confluence of the rivers Segre and Valira and L'Alt Urgell is also the gateway to the tiny mountain state of Andorra. In fact, the proximity of La Seu d’Urgell to Andorra and its economic activity largely explains the town’s current importance within a larger area that includes L'Alt Pirineu (High Pyrenees) and Aran.

La Seu d’Urgell has a number of establishments that are already well-known to motorcycle tourists. You will find all the best options available on our website.

From La Seu d’Urgell, follow the N-260 along one of the most cherished stretches of motorcycle tourism route in Catalonia, Spain and Europe. This part of the Eix Pirinenc (Pyrenean axis) will take you on to Sort (El Pallars Sobirà) after a 50 km ride full of curves, peace and quiet, and outstanding scenery. Along the way, there are a number of vantage points and places where you can stop off and enjoy the views even more. The highest point on the route is at the Coll del Cantó pass, which stands at an altitude of 1,720 metres and also provides access to the Alt Pirineu (High Pyrenees) Natural Park.

Sort, with its 2,300 inhabitants, is the capital of the comarca. Its main tourist attractions are its nature and the River Noguera Pallaresa. At this village, which is considered one of the key centres for adventure sports in the Pyrenees, you will find such curious attractions as the Prison-Path to Freedom Museum, which forms part of the "Persecuted and Saved" project promoted by the Diputació de Lleida and recovers the escape routes that Jewish refugees used to flee through Catalonia during the Second World War. It has also recently become famous for its lottery centre (La Bruixa d'Or), where many people stop off to try their luck. Take the C-13 heading north and after just 4 km of beautiful Pyrenean road, you will come to Rialp.

Rialp, or Rialb, is a small village of no more than 700 inhabitants, located in the centre of the comarca of El Pallars Sobirà, in the main valley of the River Noguera Pallaresa and surrounded by its sub-valleys. Rialp is known for the Vila de Rialp Music Festival, which is held in the summer months at different venues across the village. Here, you will find yourself on the northern side of La Torreta de l'Orri and the valleys and gullies that form it and contain the ski resort of Port Ainé. Going back the way you came - along the C-13 - after 4 km, you will be back at Sort, but this time you should follow the N-260. There is then a 40 km ride through the mountains, valleys and tunnels of the Pyrenees until you reach Tremp. 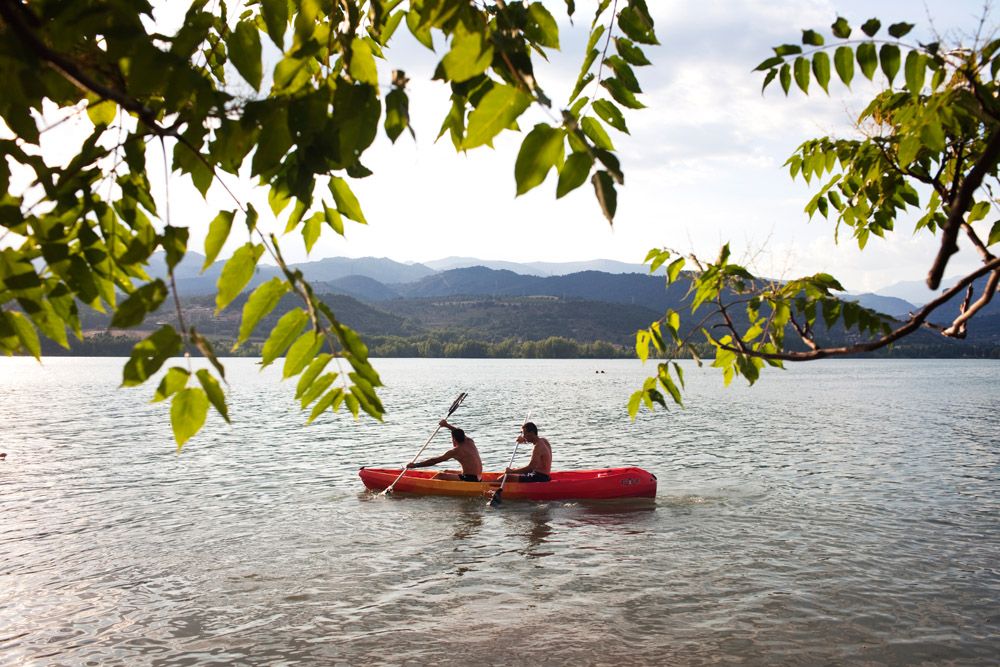 Tremp, with its 6,300 inhabitants, is the capital of the comarca of El Pallars Jussà. The municipal area extends across the Catalan Pre-Pyrenees, from the River Noguera Ribagorçana water basin in the west to that of the River Noguera Pallaresa in the east. The central nucleus of the municipality is located on a small, elevated plain, located within the water basin of the same name, where it stands at a height of 468 metres above sea level. Here, you will find the Epicentre (a centre for visitors to El Pallars Jussà), which is a tourist information point where you can learn more about the cultural and natural heritage of the comarca. The Tremp Basin, or Conca Deçà, is a natural comarca bordered by the sierras and mountains of Montllobar (1,125 m), Lleràs (1,678 m), Comiols (1,356 m), Sant Gervàs (1,834 m), Boumort (2,070 m) – whose rich fauna includes deer, chamois, vultures and bearded vultures - and Montsec d'Ares (1,678 m).

Leaving behind the Sant Antoni Reservoir, take a local road (the C-1412b) eastwards. After crossing Isona (where you will find the Museum of Isona - Cretaceous Park and the remains of the former Roman settlement of Aeso) and riding through other small settlements, continue on through the Pre-Pyrenean territory for 59 km, on well-surfaced roads, until you reach Ponts, where you will find the Rialb reservoir. This is a route from reservoir to reservoir.

Ponts is a village of around 2,400 inhabitants located in the comarca of La Noguera. It is in the eastern part of the comarca and is one of its most important population centres, as well as a notable communications node between the mountains of Western Catalonia and the Lleida Plain and Central Catalonia. It is located in the natural Pre-Pyrenean comarca of El Segre Mitjà. Near the village, you will find the collegiate church of Sant Pere de Ponts, an outstanding example of Lombard Romanesque-style architecture. Ponts is famed for its gastronomy and particularly for its Ranxo Festival (based on a traditional soup-stew), which is held on the Tuesday of Carnival (Shrove Tuesday). On leaving Ponts, take a local road if you want to discover the real character of this area. We recommend the L-313, which you can follow for 21 km until you reach Guissona. This is a narrow, though quite straight, road that runs through a similar scenery. 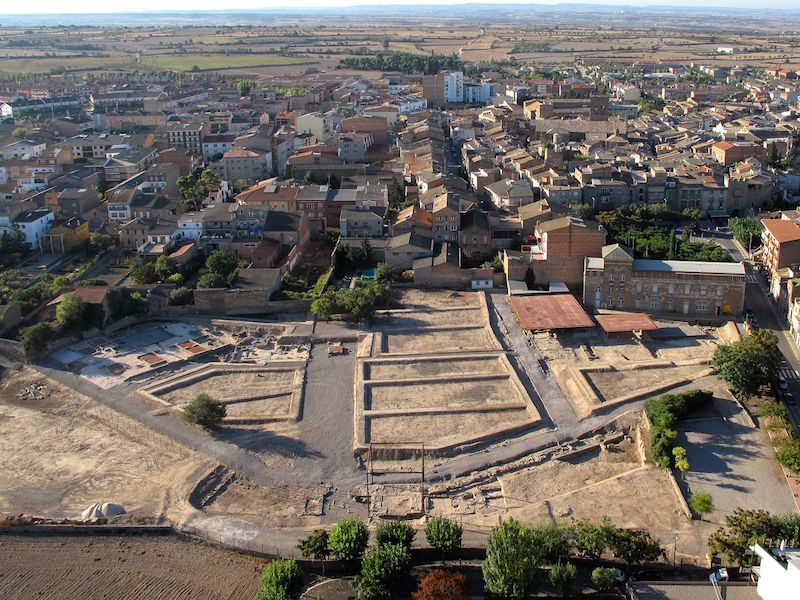 Guissona, with a population of 7,000, is the second largest settlement in the comarca of La Segarra and is famous for its prestigious agriculture-livestock cooperative. The village is also known for its cultural heritage (which includes: the Archaeological Park of the Town of Iesso; the Eduard Camps i Cava Museum; the medieval walls; the Portal de l'Àngel; an ice well; and the Font de l'Estany and Font de la Salut springs) and is famed for its festivals, which include the Roman market of Iesso (which is held on the third Saturday in July). If you first take the L-310 and then the L-303, you will arrive at Agramunt. Along the way, you will pass Concabella and Les Pallargues, which are small nuclei with charming residential castles. 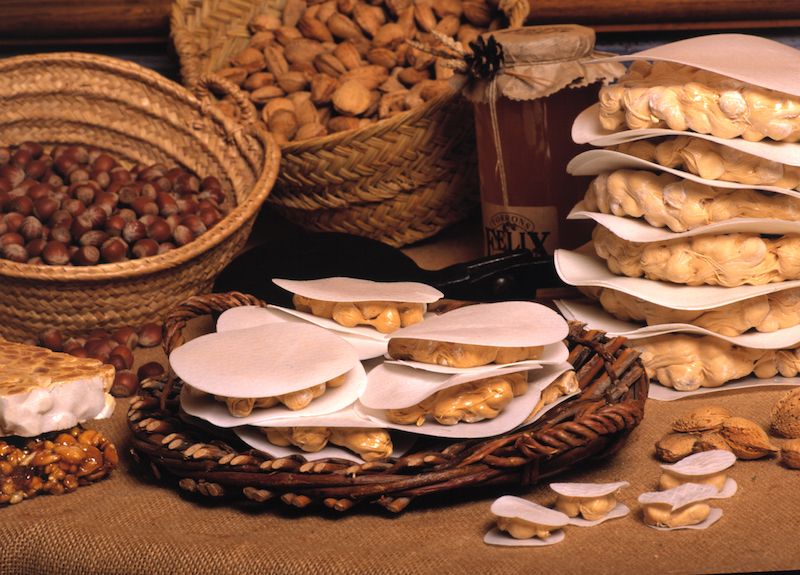 Agramunt, with its 5,500 inhabitants, is the most important settlement on the banks of the River Sió and is located at the point at which L'Urgell, La Segarra and La Noguera all meet. The main axis of this area is the River Sió, which flows from east to west. Agramunt is the second most important town in L'Urgell and stands on the banks of the River Sió, in the north of the comarca. This is a town with an economy based on industry, services and agriculture, which is famed for its traditional craft production of almond nougat and chocolate (which have given rise to a successful annual fair). Its metallurgical industries are also quite important. With regard to culture, it is possible to highlight the Espai Guinovart, a modern art centre which includes an exhibition of the work of this Catalan artist. From here, you should then take the LV-3028 for a 20 km ride across part of the Bellmunt sierra, skirting the prestigious and historic Castell del Remei winery on your way to Ivars d'Urgell, a village marked by its pool. 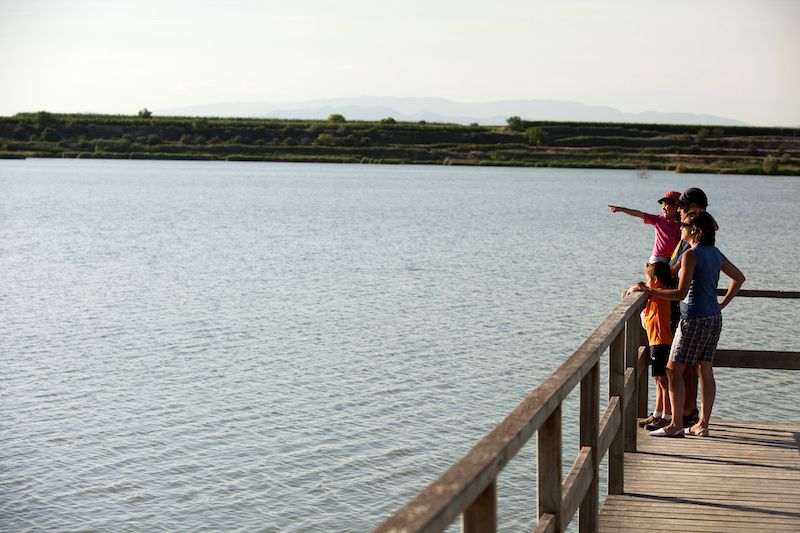 Ivars d'Urgell is a small municipality, in the comarca of El Pla d'Urgell, with a population of 1,600. The village’s most outstanding attraction is the natural setting around the Ivars and Vila-sana pool, which was recovered in 2009. This is one of the most important natural spaces on the Lleida Plain, with over 240 registered bird species. At 2,150 m long and up to 730 m wide, this is the largest inland pool in Catalonia and has a total flooded surface area of 126 hectares.

After leaving this small municipality, you should seek the A-2, a dual carriageway which - in only 30 km - will take you to Cervera, which in recent years has become one of the most famous settlements in the world for motorcycle racing enthusiasts. 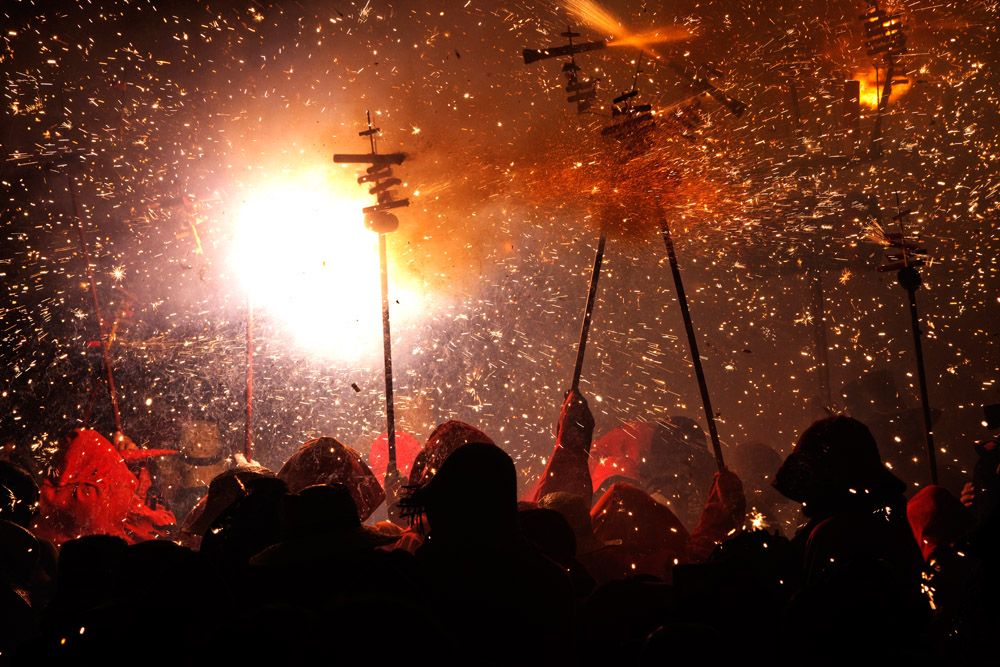 Cervera, with just over 9,000 inhabitants, is the capital of the comarca of La Segarra. The town is renowned for the wealth of its cultural and monumental heritage, which includes: the elegance of its neo-classical and baroque-style university building; its proud medieval walls, which were constructed in the 14th century; and the baroque-style palace of La Paeria, which now serves as its town hall. Some of the alleys in the old town also provide the setting for the popular festival of the Aquelarre (Witches' Sabbath). The town has also recently achieved world fame through two of its most famous citizens, who are world motorcycle racing champions: Marc and Àlex Márquez. Cervera already has a space that no motorcyclist should miss: the Marc Márquez Museum, which is located in the centre of the town, emitting a permanent smell of petrol, and is a place dedicated to the admiration of these famous bikers. This is a good way to end a ride.